Three generations of the Potti family have enjoyed calling Ashtabula their home, starting with patriarch Charles (Kalle) Potti, novelist and newspaper writer, who settled in Ashtabula Harbor in 1887. A civic leader, Kalle championed changes that brought new commerce and other beneﬁts contributing to growth and prosperity in the area. A sympathetic and passionate spokesman for his fellow immigrants, he later served as the Vice- Consul of Finland.

Kalle's eldest son, Noah, established the family's ﬁrst funeral home in 1931 on Lake Avenue in Ashtabula Harbor. Noah partnered with his youngest brother, Charles, in 1940. Years later, Noah moved to Michigan to establish a new funeral home. Charles remained in Ohio, operating the ﬂagship funeral home. Like his father, Charles was a civic leader, and he served the community as a funeral director for over four decades.

Charles inspired his son, David, to become a funeral director in the 1970's, and now another generation has found fulﬁllment in serving the community in this capacity. For over four decades, David, has proudly continued his family's commitment to provide quality service to families throughout the Northeastern Ohio area. David pledges to guide you through all of your options, according to your needs, with respect and dignity. 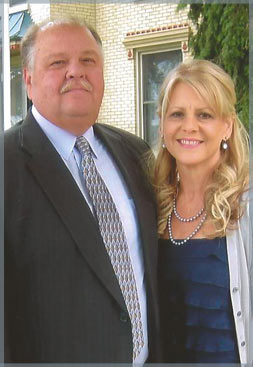 "Being called to Serve is the Highest Honor"

In the early 1960's, my father, Charles D. Potti, pioneered his funeral service offerings by including cremation services in addition to traditional burial funerals. He offered the option of affordable, low cost cremation services.
We are continuing this trend with our Charles D. Potti Tribute Cremation Package, which includes transportation of the body within our service area, cremation, a cremation container / casket, FREE refrigeration/storage until filing of all necessary legal documents and permits is complete.
The Charles D. Potti Tribute Cremation Package is a value at the low cost of:

Call us today for a free consultation and advice

A year of daily grief support

Our support in your time of need does not end after the funeral services.  Enter your email below to receive a grief support message from us each day for a year.  You can unsubscribe at any time.